Jacob deGrom has Mets company for this All-Star Game 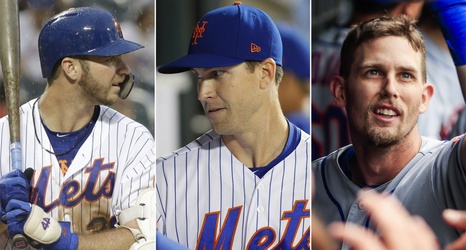 When Jacob deGrom represented the Mets at the 2015 and 2018 All-Star Games, he flew solo. This year, he finally has some company.

The Mets ace will be joined by rookie Pete Alonso and Jeff McNeil for this month’s 2019 Midsummer Classic. They were named to the National League team in a vote of fellow players, which was announced Sunday night.

“I don’t remember the last time the Mets had three guys go to the All-Star team. But it’s a great honor, all three of those guys are more than deserving of this,” manager Mickey Callaway told reporters before the Mets concluded their three-game series with the Braves.