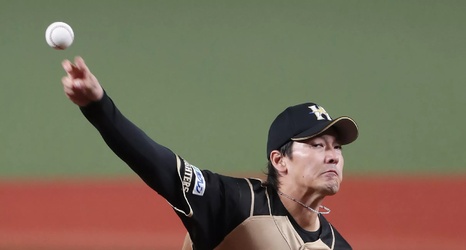 Kohei Arihara, who will be posted this offseason, was born on August 11, 1992, in Hiroshima, Japan. He attended Koryo High School, a private school in Hiroshima’s suburbs where he emerged as the school ace in his second year. After graduating, he attended Waseda University, one of the oldest and most prestigious universities in Japan, along with the other member teams of the Tokyo Big6 Baseball League, Hosei University, Keio University, Meiji University, Rikkyo University, and the University of Tokyo. Over the course of his career there, he appeared in 62 games and threw a total of 271 innings, posting a cumulative 2.