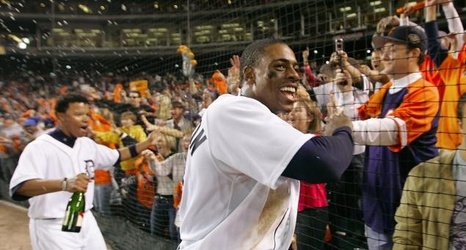 Curtis Granderson was a wide-eyed 25-year-old in 2006. And in his first full season in the majors, he started in center field and helped lead the Tigers to the World Series, where they lost in five games to the Cardinals.

In nine seasons since then, Granderson has played in the playoffs three more times, all with the Yankees from 2010-12. He’s yet to return to the Fall Classic.

“At that moment in time, my first full season in the big leagues, I thought ‘Wow, this’ll be easy, I’ll be able to get back there often and get a bunch of rings,” Granderson told the Daily News of his 2006 season.