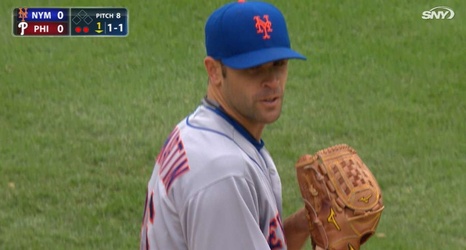 PHILADELPHIA -- Life as a spot starter can often be difficult. Sean Gilmartin did not know he would pitch Thursday in place of injured starter Steven Matz until the day before, for example, forcing him to rush into his preparation. The Mets have been making those sorts of last-minute decisions all week, also using Logan Verrett on Wednesday.

That things did not work out for them in Thursday's 3-0 loss to the Phillies, however, was far from Gilmartin's fault. In his first career start, the left-hander limited the Phillies to nothing more than Darin Ruf's two-run homer, giving the Mets what they needed more than anything: innings.

See full article at Official Site of the Mets