Getting to know Ali Sanchez 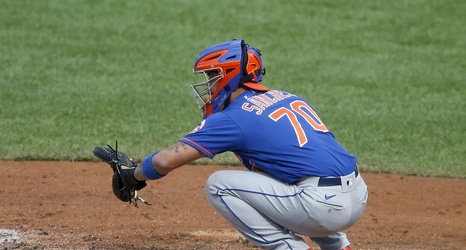 One of the top talents available worldwide during the 2013-2014 international signing period, the Mets signed Venezuelan catcher Ali Sanchez for $690,000 and hoped that he would be able to develop into the next great Venezuelan catcher. While that hasn’t exactly been the case, Sanchez has steadily developed, serving as the taxi squad catcher this season and officially being penciled into the Mets lineup.

Sanchez impressed in the Dominican Summer League in 2014, hitting .303/.406/.394 in 50 games and prompting them to send him stateside in 2015. He looked impressive with the GCL and Kingsport Mets that year, hitting a combined .