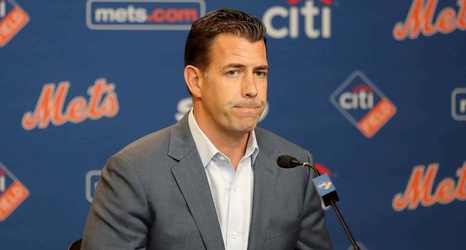 It’s clear that Brodie Van Wagenen‘s time in Queens is nearing the end. It’s just a matter of how he’s replaced. Will Steve Cohen fire the New York Mets general manager, or will he hire someone above him?

The Mets have been connected to some of the biggest executives in the game, namely Brian Cashman and Theo Epstein. While Cohen could make a run at the top executives in the majors, he’s likely to come up short.

Both Cashman and Epstein are under contract and currently head up World Series contenders.