Final Score: Mets 9, Marlins 4 — No one said it had to be pretty 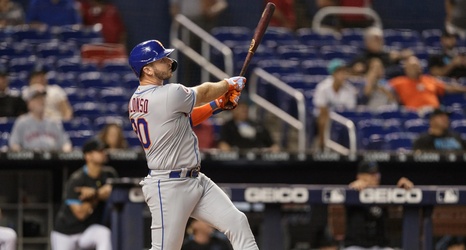 Not all games are works of art, and this one certainly did not qualify as one, with the teams combining for six errors and seven unearned runs. Regardless of that, it counts as a win all the same, with the Mets ousting the Marlins 8-4.

Neither starter had their best stuff, notably the highly touted Edward Cabrera surrendering four runs to the Mets in just 2.1 innings. He only allowed one hit (a towering two run home run by Pete Alonso, his 100th of his career), but he walked four, hit two, and generally struggled to do anything effective on the mound.