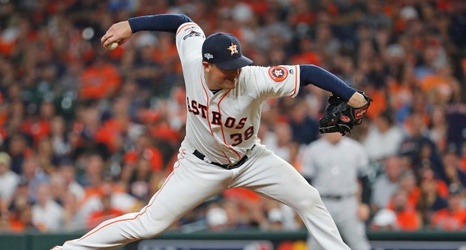 Joe Smith said he never got angry, especially in 2016 when the Cubs left him off the World Series roster. Smith insisted he never lost faith that this kind of moment would arise for him.

The righty has been around long enough that he was traded to the Indians in December 2008 in a three-team trade that brought the Mets J.J. Putz.

And in all of that time what he has never done is make a World Series roster (that mission is now accomplished) or pitch in a World Series game (pretty sure to happen). The Astros reliever has appeared in 782 games, the most by any active pitcher without making it to the World Series.