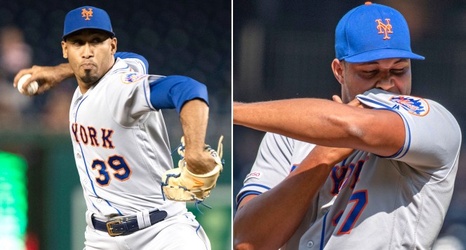 Whatever long-shot wild-card chance the Mets possess rests to a large degree on the duo most responsible for making them long shots.

Had Edwin Diaz and Jeurys Familia produced as they did last year, the Mets might be challenging the Nationals for the top wild-card spot. Had they merely been competent, the Mets would have been better positioned than five games out of the wild-card with 23 to play, as they were when beginning a weekend series against the Phillies on Friday night.

Instead, Diaz and Familia have been historically bad. It has been 15 years (since the 2004 Rockies with Shawn Chacon and Javier Lopez) that a team had two relievers appear in at least 55 games each with ERAs 25 percent or more worse than MLB average factoring league and park.