deGrom and the Mets’ bullpen shut out Phillies in thriller 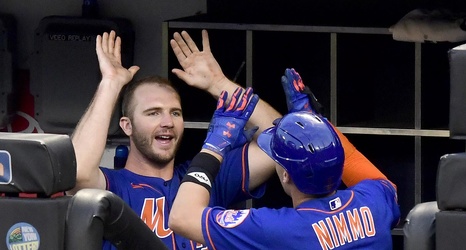 The Mets evened their series with the Phillies by shutting them out, as Jacob deGrom and the three Mets relievers who followed him were outstanding and the team managed to notch one run Aaron Nola.

deGrom went six innings, struck out ten, didn’t walk anyone, and gave up just two hits in his third start since he was activated from the injured list following a year-long absence. To say that he hasn’t missed a beat would simply be an understatement. Seth Lugo, Trevor May, and Edwin Díaz each threw a scoreless inning to finish off the win.