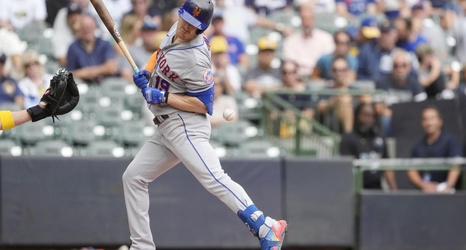 MILWAUKEE — Pinch-hitter Mike Brosseau greeted Drew Smith with a grand slam in the pitcher's return from two months on the injured list, and the New York Mets squandered a chance to boost their NL East lead with a 6-0 loss to the Milwaukee Brewers on Wednesday.

Willy Adames hit a go-ahead home run in the sixth against Taijuan Walker, his fifth homer in 10 games and 31st this season, and the Brewers (79-70) closed within two games of Philadelphia (80-67) for the third and final wild-card berth. The Phillies played later Wednesday.

"We know we have to put the gas pedal down, for sure," Brewers manager Craig Counsell said.