Billy McKinney has been a pleasant surprise for the Mets 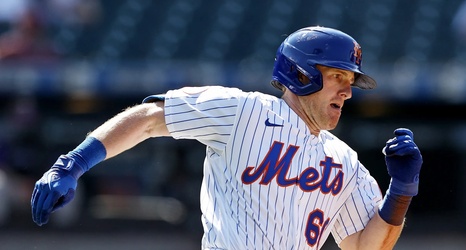 When the Mets traded for Billy McKinney two-and-a-half weeks ago, the team had gotten fairly desperate. With over a dozen players on the injured list, including fellow outfielders Michael Conforto, Brandon Nimmo, Kevin Pillar, Albert Almora Jr., and Johneshwy Fargas—plus theoretical occasional outfielders Jeff McNeil, J.D. Davis, and José Martinez—the depths of the Mets’ depth had been tested and exhausted.

Having made his major league debut with the Yankees in 2018, McKinney had twice been traded as a minor leaguer and found himself traded again, alongside fellow current Met Brandon Drury, to the Blue Jays as the Yankees acquired J.