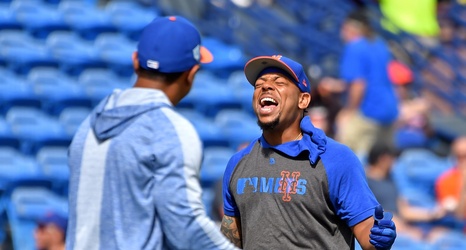 The New York Mets – Philadelphia Phillies game on Friday night was full of tension. The Mets lost 2-1, and their offensive woes continued, but the story of the evening was the jawing session between Dominic Smith and pitcher Jose Alvarado, which prompted the dugouts to empty at one point.

The Mets were extremely frustrated after a tough week, and when Jose Alvarado struck Smith out to end a run-scoring threat in the eighth inning, he was very effusive and began jawing at the Mets’ slugger, who is mired in an ugly slump.