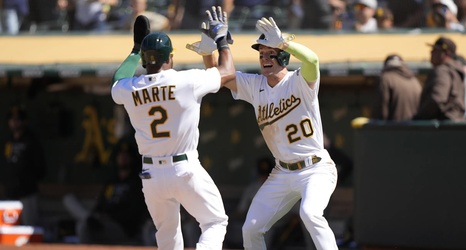 The Mets had themselves a busy Black Friday. In addition to inking infielder Eduardo Escobar to a two-year deal, the club signed outfielders Mark Canha (to a two-year deal worth $26.5 million) and Starling Marte (to a four-year deal worth $78 million) to cap off a frantic day of spending. Billy Eppler mentioned at his introductory press conference that, in addition to being very engaged in the starting pitching market, he would focus on improving the outfield. Given the flurry of activity on Friday, he has seemingly lived up to his word on that front.

Before diving into what the team has, it’s worth mentioning that these moves almost definitively spell the end of Michael Conforto’s time in New York.