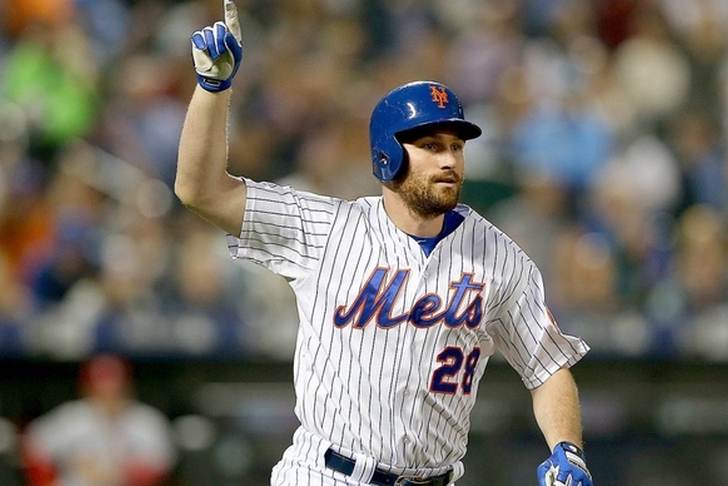 The New York Mets' resurgence started at this year's trade deadline with the acquisition of Yoenis Cespedes among others.

Riding the bat and legs of second baseman Daniel Murphy, the Mets took a one-run lead in the sixth innings and held on for dear life to defeat the Los Angeles Dodgers 3-2 in the deciding Game 5 of the NLDS at Dodger Stadium.

New York moves on to face the Chicago Cubs in the National League Championship Series, with Game 1 slated for Saturday at Citi Field in Flushing.

Murphy crushed Los Angeles pitching all series long, but it will be his 2 RBI and one base-running magic trick in this game which will forever be remembered by Mets fans.

Murphy opened the scoring in the first inning off of Dodgers ace Zack Greinke double to deep center, scoring Curtis Granderson. Los Angeles would plate two in the bottom half of the inning off Justin Turner and Andre Ethier singles, but Murphy wasn't done.

A heads-up steal of third base in the fourth set up a game-tying sacrifice fly for catcher Travis d'Arnaud. He did himself one better in the sixth, crushing a Greinke mistake for an eventual game-winning home run into the right field bleachers.