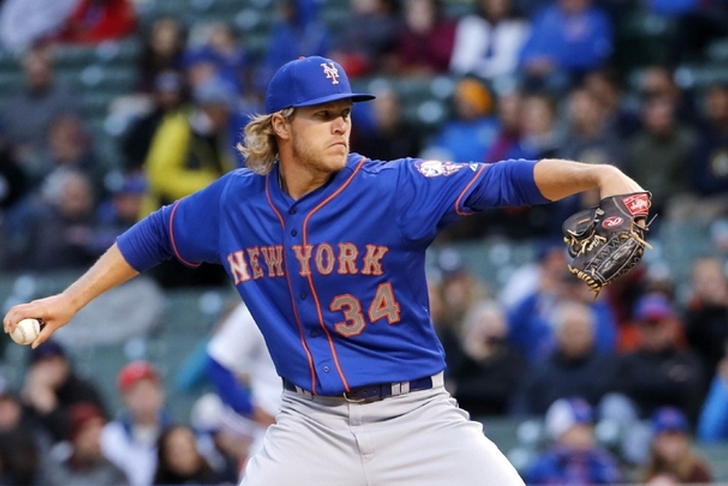 The New York Mets' young starting pitching has been their calling card all season long, lifting them from NL East afterthoughts to legit contender status. Now it has them two wins away from their first World Series appearance since 2000.

The series now shifts to Chicago with the Mets leading 2-0.

Syndergaard was spotted a 3-0 lead in the first inning off a David Wright RBI double and a two-run home run by current unquestioned MLB Playoff MVP, Daniel Murphy. The Mets second baseman has homered in four straight games -- none perhaps bigger than tonight's opening frame blast.

Murphy's five postseason home runs are a Mets postseason record. His fifth is made all the more impressive by the fact that it came off NL Cy Young favorite Jake Arrieta, who had his first off day of this year's playoffs, giving up four runs and four hits in five innings of work.

On the other side, the Chicago Cubs' all-or-nothing offense has done mostly the latter in two straight games, mustering just three runs on ten hits. Kris Bryant's RBI double to deep left in the 6th provided the only offensive spark for a Cubs team that's been stuck in neutral so far this series.

Chicago's bats will need to wake up and quickly or their dreams of lifting a 107-year strong curse will be dashed with little more than a whimper.