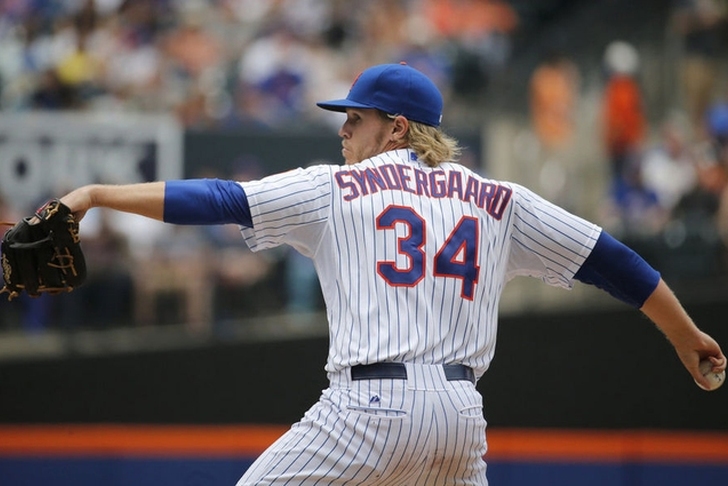 The Kansas City Royals took a 2-0 lead in the World Series thanks to a dominant 7-1 win over the New York Mets Wednesday. Starting pitcher Johnny Cueto was dominant, pitching a complete game two-hitter.

The Mets now have their backs against the wall, although the series does return to New York for Game 3. The Mets can't afford to fall behind 3-0, as that would all but assure the Royals of a World Series title. So can the Mets avoid a disastrous 0-3 hole? Or will the Royals take a stranglehold on the series?

What They Are Saying About The Mets:

Royals Don't Want To Let Up

Which starter steps up? Syndergaard gets the start for the Mets, while Yordano Ventura is on the mound for the Royals. Syndergaard has been the more impressive of the two pitchers, in both the regular season and postseason. He's posted a 2.77 ERA and 1.08 WHIP this postseason. Ventura has been shaky, with a 1.58 WHIP and 5.09 ERA. The Mets have the pitching advantage, and the team needs a strong start from Syndergaard to pick up a critical win.

It's essentially a must-win game for the Mets and they rise to the occasion. Syndergaard goes seven strong innings and the Mets plate enough runs to pick up a win. The Royals still lead the series 2-1, but the Mets find new life with a win.