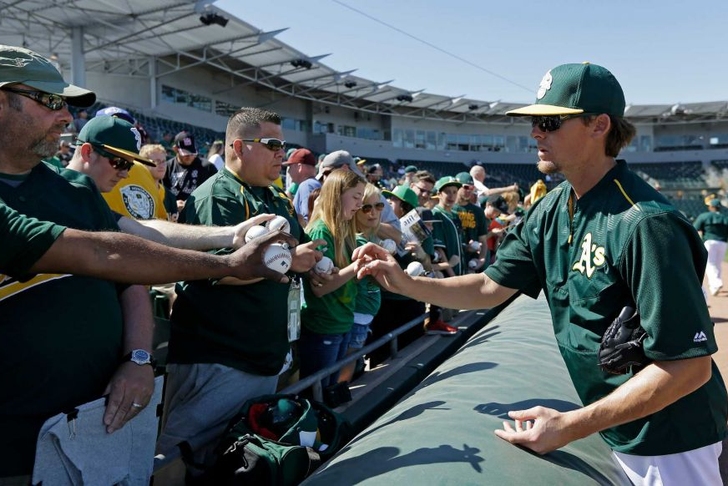 We're less than three weeks away from the 2015 MLB trade deadline, which means there are plenty of rumors swirling around the New York Mets and what they might do on the trade market. With that being said, here's the last in our Mets Trade Rumors Roundup For July 11th.

Tyler Clippard On The Wishlist?

Both the New York Yankees and the New York Mets are in the market for offensive help before the July 31st MLB trade deadline, but there are also some pitching options out there which could prove interesting fits for both clubs.

One of those is A's closer Tyler Clippard, who Andy Martino of the NY Daily News believes should be a target of both NY teams:

"It might seem counterintuitive at first, with the Yanks needing a second baseman and the Mets desperate for any offense," Martino wrote recently. "Why add a reliever, when those teams have several quality ones already? The Kansas City Royals, that’s why. Last year’s American League champions reached Game 6 of the World Series with a so-so roster, and otherworldly bullpen. Would you want to face a team in the playoffs that can finish you off with Clippard/Dellin Betances/Andrew Miller?"

Clippard is pitching to a 2.52 ERA and a 1.15 WHIP this season. He's converted on 16 of his 18 save opportunities for the AL-worst Athletics.

One name that's been bandied about as a trade chip is utilityman extraordinaire Ben Zobrist. Who's a favorite to land him? Perhaps the Mets...

"The Mets and Brewers have recently had trade talks in which both third baseman Aramis Ramirez and shortstop Jean Segura were discussed, Jon Morosi of FOX Sports reports on Twitter.
"It is unclear from the report how advanced discussions are, but certainly it does not sound as if any moves are imminent. Morosi tweeted in early June that the two sides had discussed position players, but this report appears to cover more recent exchanges."

Ramirez, in particular, would be a high-priced gamble of a rental. While he's worked his way out of a long slump as of late, he's still making $14 million in this, his walk year.