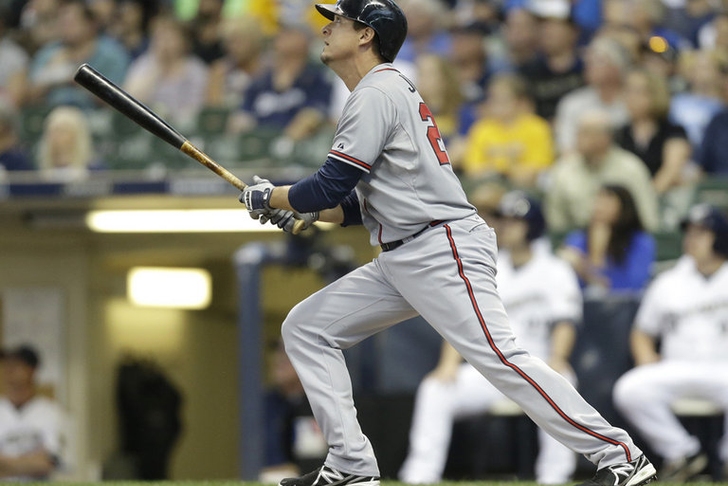 The trade has been finalized, per FOX Sports:

The New York Mets are currently engaged in trade talks with the Atlanta Braves for two players, per a report by Jim Bowden of ESPN.com. The players in play are third baseman Juan Uribe and utility player Kelly Johnson.

According to GM Sandy Alderson, the Mets' well-publicized financial struggles won't limit his wheeling and dealing in advance of the July 31st MLB Trade Deadline:

Sandy Alderson: "We have the ability to take on money." Says Mets can take on a major contract. "Now none of you will believe me." #mets

The Mets are on the lookout for at least one offensive upgrade before the deadline, if not multiple. Johnson would seemingly fit the bill, as he's currently in the middle of his best offensive season since 2010 -- posting a 275/.321/.456 slash so far this season to go along with nine home runs, 33 RBI, and a .336 wOBA.

Uribe, 36, is hitting .272 with eight home runs and 23 RBI. He's a serviceable veteran bat who has maintained consistent at-the-plate production in the twilight years of his lengthy MLB career.