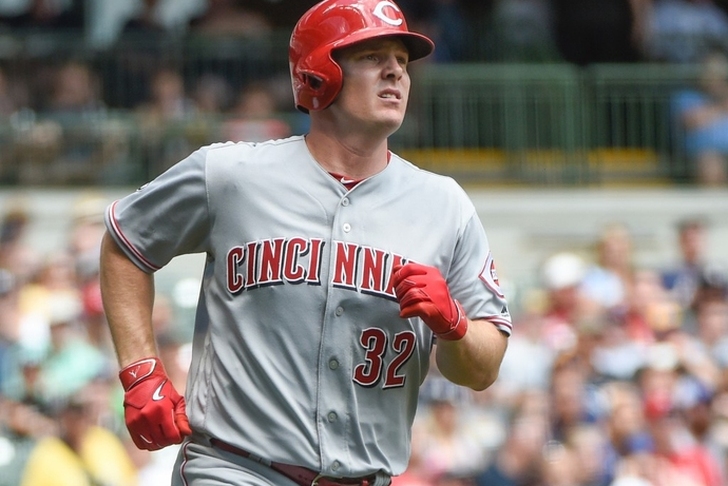 The MLB trade deadline is just hours away (4:00 pm ET) and the New York Mets trade rumors are in full swing. The Mets are 54-50, but are 2.5 games back of Wild Card spot. The Mets might not make many major moves, but could complete a deal or two. With that in mind, here are the latest Mets trade rumors.

Mets targeting Jay Bruce
New York trying to add a bat at the deadline for the second straight year, which again has them trying to work out a deal to acquire Jay Bruce from the Reds. According to several reports, they're the favorites to land him.

The Mets continue to work on a deal for Jay Bruce on trade deadline day. Deja vu all over again.

Sources: Mets favorites in Jay Bruce sweepstakes. Rangers and Giants remain in. Barring a blowaway offer, this could stretch to afternoon.

#Mets and #Reds have "made progress" on a trade involving Jay Bruce. @MLBNetwork @MLB

The Dodgers and Giants have also been linked to Bruce, who is batting .265 with 25 homers and 80 RBIs in 97 games this season.

New York not interested in Puig
That search for a big bat hasn't brought the Mets to Los Angeles. While the Dodgers have been actively trying to trade Yasiel Puig, New York doesn't have any interest in him, according to Jon Heyman of FanRag Sports:

mets need an rhh OF. i asked about interest in yasiel puig. quick answer: "No."