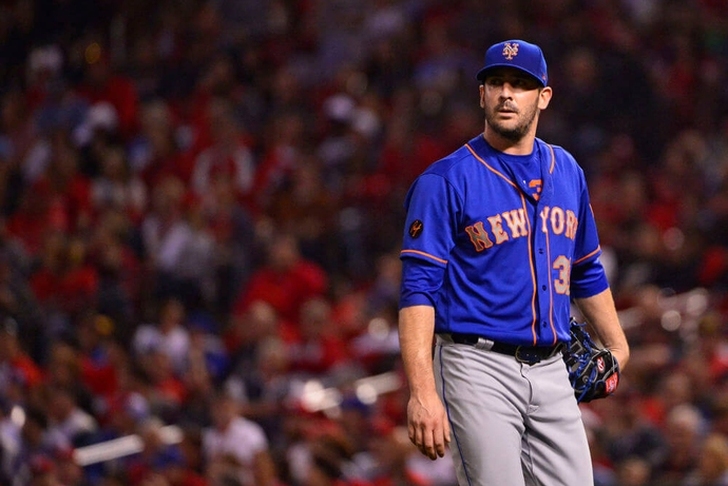 Matt Harvey has a new MLB home. The Cincinnati Reds and New York Mets announced today that the two sides have agreed to a deal for Harvey. Funnily enough, the Mets and Reds continue their series tonight in Cincinnati.

The Reds are sending catch Devin Mesoraco to the Mets, along with cash, in exchange for Harvey. It's a move that swaps two players who were once cornerstones of their franchises, but have fallen on tough times.

Harvey was designated for assignment on May 5th, after he refused to accept a demotion to Triple-A. Harvey was an All-Star in 2013 and bounced back well from injury in 2015. But Harvey has never been the same after thoracic outlet syndrome surgery in 2016. He has posted brutal a 6.70 ERA in 2017 and an even worse 7.00 ERA in 2018.

Mesoraco was once the catcher of the future (and present) for the Reds. An All-Star in 2014, Mesoraco hit .273 with 25 home runs and 80 RBIs. But injuries have ruined the talented catcher's career since then. Mesoraco has played in just 113 games since that 2014 season, when he played in 2014. He's hit below the Mendoza line in that time frame, at .195. He has been passed on the team's depth chart by Tucker Barnhart, who won a Gold Glove last year.

In part because of injuries, the Mets have a massive need at catcher. Despite his struggles, Mesoraco still might end up being an upgrade.

In related moves, the Reds have called up C Tony Cruz and the Mets are placing Todd Frazier on the DL.