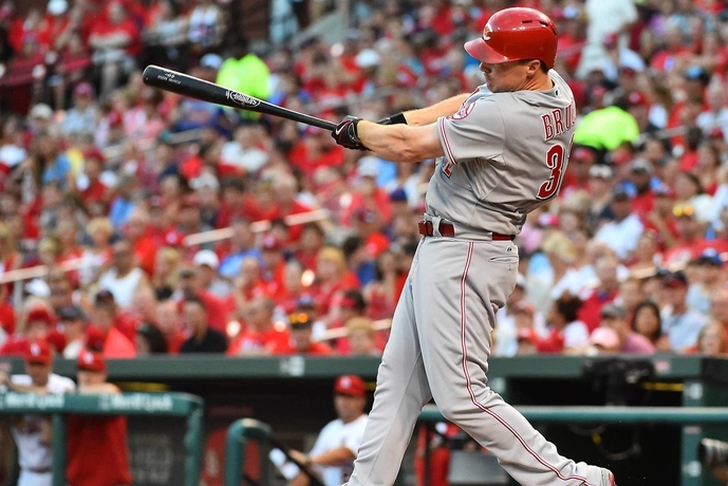 The MLB trade deadline is just two days away and the New York Mets trade rumors are starting to heat up on the hot stove. The Mets are 53-49, but are 2.5 games back of Wild Card spot. The Mets might not make many major moves, but could complete a deal or two. With that in mind, here are the latest Mets trade rumors.

Mets' Latest Offer For Lucroy
After their last offer of Travis d'Arnaud for Jonathan Lucroy was shot down, the Mets and Brewers re-engaged in talks yesterday. Now, we have the details on their latest trade offer.

Sources: #Mets made three-player offer to #Brewers for Lucroy, headed by d’Arnaud. Second piece believed to be Nimmo or comparable player.

The Brewers are reportedly high on OF Brandon Nimmo, so that could help convince them to pull the trigger. The 23-year-old has had a breakout season in Triple-A this year, although hasn't been anywhere near as effective in his limited time in the majors this year. The Brewers are sitting Lucroy in tonight's game, as they are getting closer to making a deal with someone before the deadline.

Mets And Bruce?
The Mets nearly pulled off a trade for Jay Bruce last year and it appears they're interested in doing so once again.

It also gives them some help with Juan Lagares set for thumb surgery. Last year, the Mets offered SP Zack Wheeler, with the Reds wanting more. Bruce's stock has only gone up since then, and it'll cost the Mets even more this season. Also, the Mets might not really need another corner outfielder.

The #Mets have signed released outfielder Justin Ruggiano. He's in the lineup today. Jose Reyes headed to the DL.

The 34-year-old started the season with the Rangers, but saw just four at-bats at the big league level. The Rangers release him only a few days ago. If the Mets make a trade for Bruce (or another outfielder), they might not keep Ruggiano.

Follow our New York Mets team page for all the latest Mets trade rumors or download the Chat Sports App!