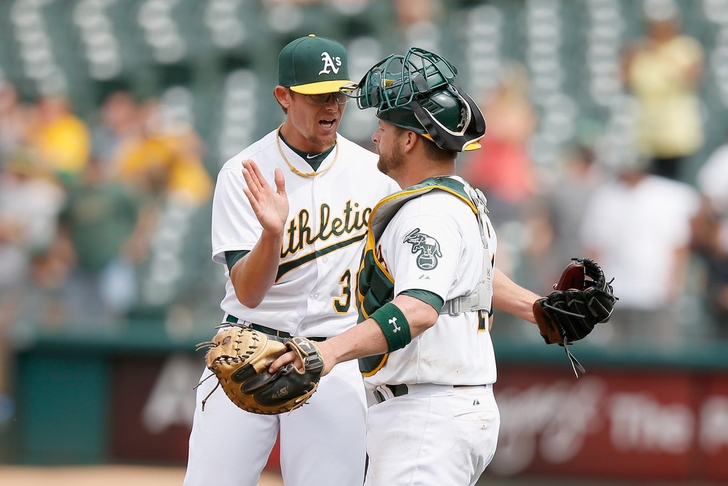 Both the New York Yankees and the New York Mets are in the market for offensive upgrades before the July 31st MLB trade deadline, but there are also some pitching options out there which could prove worth considering for both clubs

Here's Andy Martino of the NY Daily News with his thoughts on why one of those options, Oakland Athletics closer Tyler Clippard, is a fit for both of New York teams:

"When looking westward for second-half help, fans of the Yankees and Mets have fixated on one Oakland Athletic who could help both teams, Ben Zobrist. But there is another guy in that clubhouse who deserves consideration, reliever Tyler Clippard.
"It might seem counterintuitive at first, with the Yanks needing a second baseman and the Mets desperate for any offense. Why add a reliever, when those teams have several quality ones already? The Kansas City Royals, that’s why. Last year’s American League champions reached Game 6 of the World Series with a so-so roster, and otherworldly bullpen. Would you want to face a team in the playoffs that can finish you off with Clippard/Dellin Betances/Andrew Miller?"