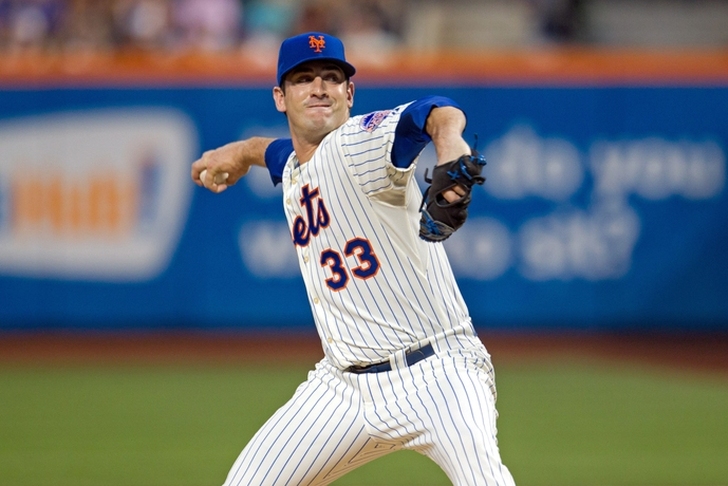 The New York Mets' magical run to end the 2015 MLB season led them to their first World Series appearance since the turn of the millenium, but the front office isn't content enough to sit back and rest on their laurels. The team is expected to be one of the more active over the course of the Hot Stove League as they assess their in-house options and look elsewhere for upgrades at key positions. With that being said, let's get into the latest around the franchise with our Mets Rumors Roundup for the weekend ending 11/8.

The New York Mets' starting lineup got a huge jolt at the trade deadline after the acquistion of Yoenis Cespedes from the Tigers, but it appears he'll likely be just a late-season rental as he hits free agency.

"The bigger problem for Cespedes might be generating enough interest from high-revenue clubs," FOX Sports' Ken Rosenthal writes. "Two of his former teams, the Mets and Red Sox, are almost certainly out. The Yankees might be, too, along with the Cubs and Dodgers."

Cespedes was in MVP form during his August run with New York, but tapered off considerably through the 2015 postseason.

The Mets have assembled the premier young starting rotation in Major League Baseball, but would they be willing to offload one of their core arms to find a franchise middle infielder?

FOX Sports' Ken Rosenthal posited Matt Harvey as the first name on his "trade candidates" list. However, he's not buying that the Mets would punt on Harvey, especially since he's hit his first stage of arbitration.

"The Mets shouldn’t break up their pitching unless they’re sick of Harvey, which they shouldn’t be," Rosenthal wrote. "Besides, it’s difficult to imagine them getting the young impact middle infielder they would want for their ace, who is eligible for arbitration for the first time."

Second baseman Daniel Murphy is the first Mets player to receive a one-year, $15.8 million qualifying offer since the system was implemented in 2015. Murphy has six more days to accept or decline, and it appears that he's likely to gamble on himself in the open market rather than accepting the one-year offer.

According to Mike Puma of the New York Post, "the odds Murphy will accept the offer appear slim given he likely will receive multi-year offers on the open market. The 30-year-old Murphy had a .281/.322/.449 slash line this season with a career-high 14 homers and 73 RBIs."