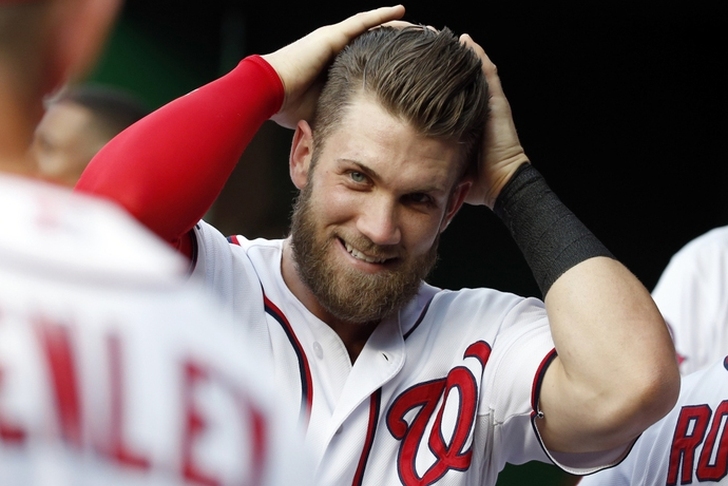 Bill Maher is best known as a comedian and for his political talk show on HBO. But Maher is also a New York Mets minority owner who ripped Washington Nationals outfielder Bryce Harper Wednesday.

“There’s a couple of words that I really can’t say on public radio that I think apply to him, but next to them I see a picture of Bryce Harper,” Maher told WOR’s Pete McCarthy in a radio interview. "He’s a d—–bag. He looks like a d—–bag. I just don’t like him."

Harper is the reigning NL MVP and one of the best players in baseball at the age of just 23. Maher thinks Harper is immature because of his antics, like wearing a hate saying "make baseball fun again."

"In a few more years, I think Bryce Harper will mature,” Maher said. "When you’re that good and that young, you’re going to be a d–k."

Despite Maher's apparent dislike for Harper, he said that wouldn't be the case if he were on the Mets.

The Mets declined comment to the New York Post on the matter. The Mets and Nationals will play for the first time this year in three-game series starting May 17th.