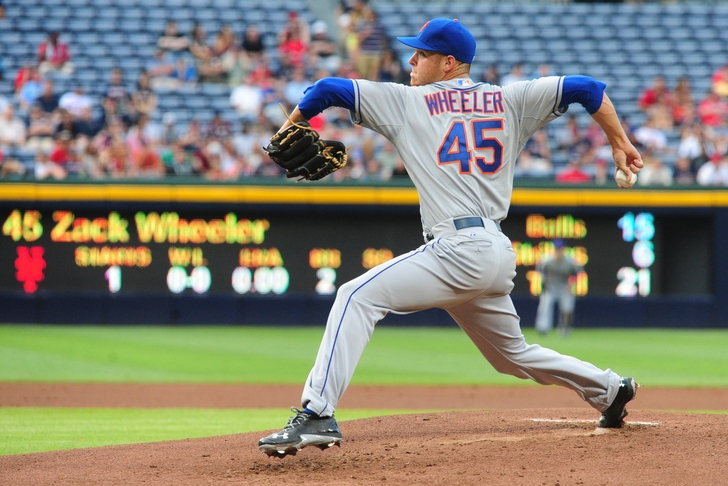 In today's Mets news update, New York Mets starting pitcher Zack Wheeler admittedly hasn't had a lot to be happy about as of late with start after start of inconsistent command - especially when it comes to his slider.

That wasn't an issue on Thursday, giving up just a solo home run to Marlon Byrd in 6 1/3 masterful innings. Wheeler struck out nine as the New York Mets bullpen closed the door on a 4-1 victory for the 23-year-old right hander.

All of this was cause for Wheeler to finally come out of a start with positive thoughts:

"It feels really good, obviously," stated Wheeler via Adam Rubin of ESPN.com, after peppering the corners of the strike zone with pitch after pitch on Thursday. "I can actually smile after a start now."

Wheeler's slider has been giving him fits as of late, seemingly moving around the strike zone with a mind of its own. That wasn't the case in this start, as Wheeler had a firm grip on where its movement would take it almost every time he threw it:

"I probably 'backdoored' more than I threw inside," Wheeler stated. "That's rare for me to do. I just had a lot of control today."

With Matt Harvey out most likely for the rest of the season, Wheeler finding his stuff could be just what the Mets need to make a run as the season progresses.

New York Mets fan? We know that you'll love this next page: