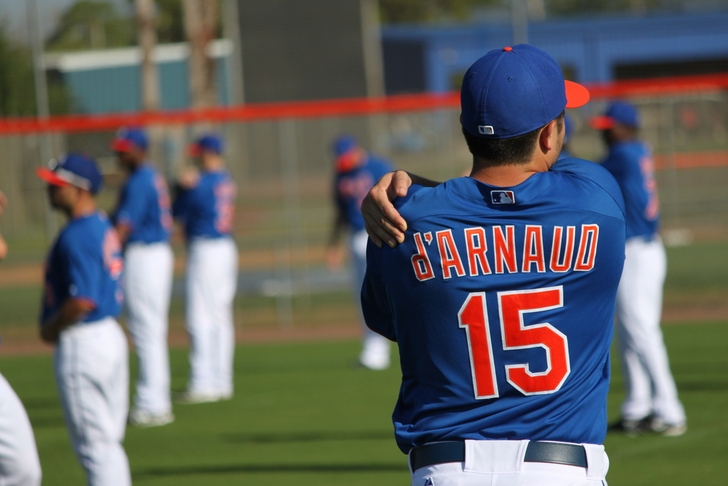 The best team in baseball invades the Big Apple on Tuesday, as the Oakland Athletics look to continue their winning ways in a two-game series with the New York Mets.

A 7-6, 10-inning loss to the Red Sox on Sunday snapped a five-game winning streak for the A's. However, Oakland still owns a one-game lead over the Milwaukee Brewers at the top of the MLB standings and sport a ridiculous and unmatched +135 run differential so far this year.

In New York, the Mets are showing signs of putting it together near the season's midway point - winning four of their last five to pull within just 5.5 games of the NL East-leading Washington Nationals.

That's Oakland's expected win/loss record per ESPN.com. It's hard to imagine that early bullpen issues have cost the A's six games they probably should have won - and yet they still own the best record in baseball.

Could the A's actually start three players in this year's All-Star Game?

According to Joe Stiglich of CSN Bay Area, the exposure of back-to-back AL West championships and the team's brilliant start are paying dividends for Oakland at the polls.

"Josh Donaldson continues to hold a lead of more than one million votes at third base," Stiglich wrote in an article posted on Monday. "Derek Norris jumped ahead of the Yankees’ Brian McCann for second place at catcher behind the injured Matt Wieters, and Yoenis Cespedes crept closer to the third starting spot in the outfield."

The last time the A's even had three players selected for an All-Star Game was 2003 when Oakland picked up four spots on the American League squad (Barry Zito [P], Mark Mulder [P], Keith Foulke [P], and Ramon Hernandez [C]).

He's back and better than ever.

Mets catcher Travis d'Arnaud returns to the Mets on Tuesday just two weeks since being demoted to Triple-A Las Vegas.

Per Tim Healey of MLB.com, d'Arnaud absolutely tore the cover off the ball in Sin City, hitting .436 with six home runs and 16 RBIs in just 15 games. Add in an absolutely bonkers 1.384 OPS and eight doubles and the Mets might find themselves with a rejuvenated offensive threat in their daily starting lineup.

June has been especially kind to Colon, as he is 3-0 with a 1.93 ERA in four starts - dropping his ERA by 85 points over the span of three weeks.

However, Kazmir's June has been just as special with the lefty giving up a scant four earned runs over 26.1 innings while picking up three straight victories.

Milone emerging as Mr. Reliable of A's rotation (Official Site of the A's)

Mets to recall Travis d'Arnaud from the minors (Newsday)