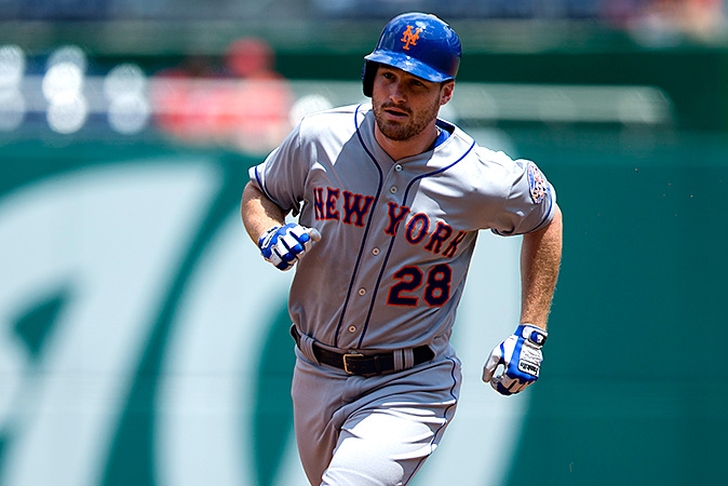 The New York Mets will look to get their season back on track starting on Monday, as they travel to Busch Stadium for the start of a three-game series with the St. Louis Cardinals.

The Mets are trying to solve their recent tailspin, which has seen them lose nine of twelve to fall from one game under .500 to seven games under.

St. Louis, on the other hand, has won six of their last seven - outscoring their opponents 24-9 to climb into the first wild-card spot in the National League.

The Mets' bats have gone completely cold in their past twelve games, with the team scoring four runs or less in eleven of those contests.

After losing eight of nine against the Cubs, Giants, and Brewers, the Mets were looking for any positive they could coming out of this weekend's home series with the San Diego Padres.

A 3-1 victory on Sunday, in spite of the fact that starter Daisuke Matsuzaka had to be taken with two outs in the first inning due to illness, provided just that.

With the victory, the Mets secured their first series victory since sweeping the Phillies in Philadelphia at the beginning of the month. The Mets will look to build on this weekend's momentum with another series triumph in St. Louis.

After being activated off the disabled list on Friday, Matt Adams functioned as the Cardinals' catalyst in a three-game sweep of the Washington Nationals this weekend.

Adams homered in each of three games, with each bomb giving St. Louis a lead they would never relinquish.

Sunday's homer had a little extra push, however, courtesy of a text from Adams' father.

"He just texted me and told me to go out there and play hard tomorrow again," Adams said, via Alex Halstead of MLB.com. "So we'll see where it goes."

June has been tough for Wacha so far, as he has ERA has risen 43 points in losses at Kansas City and Tampa Bay.

What They're Saying About the Cardinals:

Carlos Martinez to get start for Cards on Monday (St. Louis Post-Dispatch)