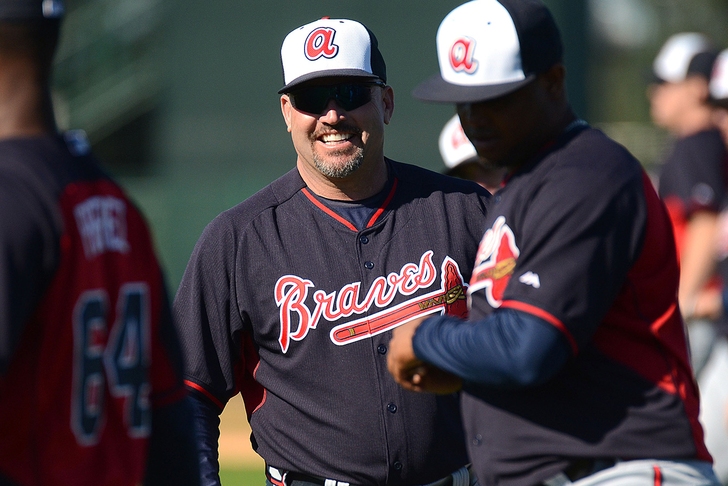 Old NL East rivals renew acquaintances beginning on Monday, as the Atlanta Braves welcome the New York Mets to Turner Field for the start of a three-game series.

New York has lost four of five to fall to seven games behind first-place Atlanta - desperately in need of a pick-me-up in Georgia this week.

The Braves are winners of four straight and six of their last seven, ascending to the top of the NL East after an extremely successful 11-game road trip.

Expect this series to be extremely pitching-oriented. The Braves (.242 - 23rd) and Mets (.238 - 27th) are each languishing in the bottom third of the Majors in batting average.

The New York Mets are close to getting a much-needed boost in the starting rotation, as Dillon Gee made his second rehab start on Sunday for the Brooklyn Cyclones.

Per ESPN's Adam Rubin, Gee gave up one run in 2.2 innings, surrendering four hits and a walk while striking out six against the Staten Island Yankees.

The 28-year-old right-hander upped his pitch count to 55 in Sunday's outing, and could be just one more rehab start away from coming back to the Majors.

Gee has been sidelined since May 11th with a strained lat muscle in his right side.

This weekend, for the first time in almost 50 years, the Atlanta Braves swept a four-game series in Philadelphia - staking their claim to the NL East lead with an emphatic statement.

"Doing it in that fashion, with pitching and timely offense. You can't ask for anything more than that," manager Fredi Gonzalez said, via Eric Bacharach of MLB.com.

While the Braves only hit six home runs on their recently-completed 11-game road trip, they finished it 8-3 with an average of 11 hits per game.

By making up for their lack of round-trippers with good pitching and even better clutch swinging, the Braves head back to Atlanta with all the confidence in the world.

These next three games could mean everything for the Mets' season.

If New York can put together a massive sweep at the home of the division-leading Braves, the Mets will head home to face the fading Rangers at Citi Field with both momentum and legitimate life in the NL East.

A series loss or sweep the other way? That could cement the Mets as sellers before the July 31st trade deadline, especially if they can't turn it around on their subsequent ten-game homestand.

What They're Saying About the Braves:

Braves bring out the brooms: "I'm proud of the guys" (Tomahawk Take)