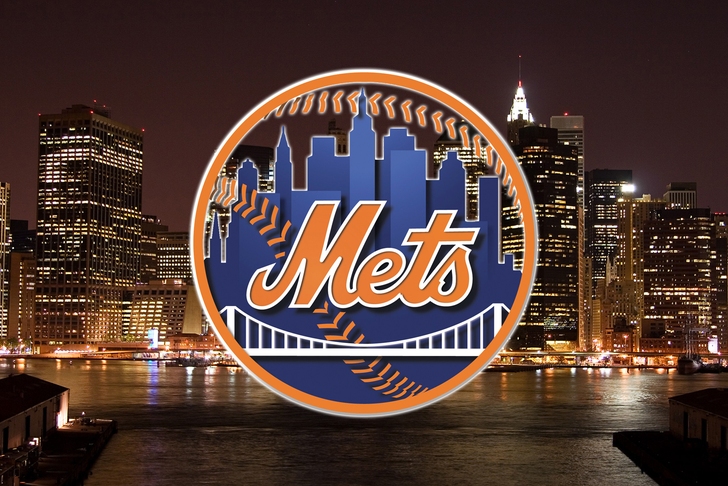 Another season is in the books for the New York Mets, and for the second straight year they finished 74-88. For years now Mets management has been saying 2014 is the year the Mets will finally put together a contending team. They have a ton of money coming off the books, from Jason Bay, and Johan Santana mostly, and as of right now have only $25 million committed to next years roster before arbitration. Lets take a look at the Mets roster, and if they should, or can improve at each position.

Catcher: Next years starting catcher for the Mets will undoubtedly be Travis d'Arnaud, even though he struggled in his first stint in the majors. He was the biggest piece they received in the R.A. Dickey trade last offseason. D'Arnaud is considered a top flight catching prospect and impressed defensively in his first season and should come around with the bat. General manager Sandy Alderson has said he wants to go out and sign a veteran to backup d'Arnaud because he has an injury history. This means Anthony Recker (this years backup), and Juan Centeno (had a brief stint in the majors as a September call-up) are likely to start the year in the minor leagues. Options for a possible backup catcher include Gerald Laird, Geovany Soto, and A.J. Pierzynski among others.

First Base: First base is one of the biggest question marks for next years roster. Ike Davis had another dreadful start to the season, but this time didn't come back to hit 30 home runs. Lucas Duda is a similar player to Davis, low average, high power potential. The Mets have a few options here, and the most likely one involves choosing between Duda and Davis. They can also ditch both of them and go the trade route. The free agent market for first basemen is very weak, but the Mets are said to be in on Cuban defector Jose Abreu, who supposedly has huge power. If the Mets are unable to sign him it is very plausible that they keep either Duda or Davis, and have Josh Satin as their backup first basemen for the 2014 season.

Second Base: Daniel Murphy was one of the most productive Mets this season. He has the inside track to be the Mets starting second basemen next year, but the Mets have said they will listen to trade offers for him, and if they can improve in other areas at the cost of giving up Murphy, they might do that. If the Mets do trade Murphy you could expect to see Eric Young Jr. as the starting second basemen, as he brings a speed element to the Mets that they love. Don't expect the Mets to go outside the organization for a second basemen, as they also believe they have a solid backup middle infielder already on the roster in Justin Turner.

Shortstop: Ruben Tejada was a huge disappointment this year, and seems to have fallen out of favor with the organization. They have continuously questioned his work ethic, and even with all of that his ceiling isn't very high. Jhonny Peralta is a free agent and you have to think the Mets will make a play for him. Also with the abundance of pitching in their farm system, it is a possibility the Mets might check with the Rockies to see if Troy Tulowitzki is available. That last option is very far-fetched, but the Mets have talked a big game about this offseason, and now its time for them to put their money where their mouths are. Manager Terry Collins has said that if the Mets don't bring in a shortstop from outside the organization, Tejada has to prove it is his job.

Third Base: Nothing to see here David Wright is the third basemen and will be until he doesn't want to play anymore. Wright is one of the best players in the league.

Outfield: Here is the biggest mystery on the team, we can be almost certain that two of the three outfield spots will be taken by players not on the roster right now. The 2013 opening day outfield was Lucas Duda (now only a first basemen), Colin Cowgill (traded to the Angels), and Marlon Byrd (traded to the Pirates.) Juan Lagares came up in the middle of the season and impressed big time with his glove, and arm, and showed significant improvement with the bat. He is likely going to be the everyday center fielder next year. The corner outfield spots are much more difficult, as the Mets don't have many viable options. Young, who played left field everyday, will either be playing second base, or best case scenario, be the fourth outfielder off the bench. Matt den Dekker is also solid in the outfield but needs more time in the minors, and nobody else that played the outfield is even in consideration for a starting spot. Since the beginning of the year it has been said that the Mets will go after Shin-Soo Choo to take one of the corner spots. Other options for corner outfield are Nelson Cruz, Curtis Granderson, and possibly a reunion with Carlos Beltran. Another possibility would be for the Mets to create a package and offer it to either the Marlins for Giancarlo Stanton, or the Rockies for Carlos Gonzalez. Whatever way you look at it the Mets need to make noise and add quality outfielders whether it be through free agency or trades.

Starting Pitchers: The Mets might not have to do much here depending on whether Matt Harvey undergoes Tommy John surgery or not. As of right now the Mets rotation for next year is Harvey (assuming no Tommy John), Jon Niese, Zach Wheeler, Dillon Gee, and then the fifth spot is open for a prospect or a veteran. Baseball people have speculated the Mets will go after Bronson Arroyo, who is a free agent, as a possible fifth starter. They could also re-sign Aaron Harang, or Daisuke Matsuzaka who performed well in short cameos with the Mets this year. Prospects Jacob deGrom, Rafael Montero, and Noah Syndergaard will also compete for a rotation spot in spring training. If Harvey undergoes surgery and misses all of the 2014 season expect the Mets to have a veteran and a prospect in their opening day rotation.

Relief Pitchers: This is another spot where the Mets might not need to add much. Bobby Parnell is expected to be healthy and ready for spring training after undergoing neck surgery. He will be the closer again. Vic Black, whom the Mets acquired in the Marlon Byrd trade, will likely be the setup man. LaTroy Hawkins, is a free agent but has said he wants to return to the Mets. David Aardsma is also a free agent, but the Mets might bring him back as well. Carlos Torres was great as a long relief guy and should have that spot again next year. Gonzalez Germen, and Jeurys Familia, are young guns who could make an impact in the bullpen next year again. The only place where the mets should look to upgrade in the pen, is left handed reliever. Scott Rice was the main lefty out of the bullpen this year, and while he performed admirably, he tired out throughout the year. Rice could possibly be a part of the Mets bullpen next year, but I don't think he can be the only lefty in the Mets bullpen next year.

This is a huge offseason for Alderson, and the Mets as an organization, and they can ill-afford to come up empty. They need to make a splash and improve the roster big time so they can at least be respectable next year. The talk for the past few years has been about how the future is bright for the Mets, and well the future is now, and this offseason is the beginning of the Mets becoming perennial contenders.