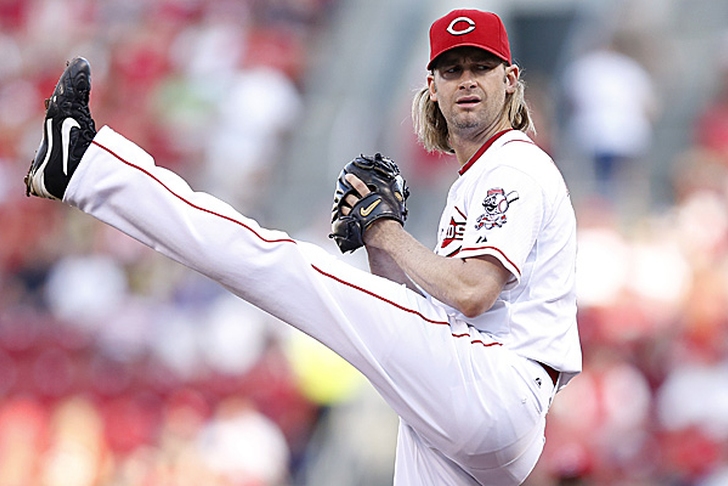 The New York Mets are entering a huge offseason for the organization as mentioned in this offseason positional outlook. There are a few names that have been linked to the Mets early on in this offseason and here I will discuss why the Mets are interested in these players and if there are better options available or if it is a good fit.

The Mets have huge needs at many different positions, coming off their second straight 74 win season, the future has to be now, even though their ace Matt Harvey will miss the entire season. The organization has been preaching patience for quite a while, and now that all of the bad contracts are off the books it is time to show that they are willing to put a winner on the field.

Bronson Arroyo: This has been rumored for quite a while, and it would seem to be a perfect fit for the Mets. Arroyo has been relatively healthy his entire career which is evident by the fact that he has thrown at least 199 innings each of the last ten years with Cincinnati and Boston. The Mets could use a middle of the road pitcher who will eat innings, and give them at least 200 innings, Arroyo is just that.

It has been reported recently that the San Francisco Giants have the upper-hand to sign Arroyo. The Twins also have reported interest in him. The Mets will not go overboard to pay a starting pitcher this offseason. They are happy with Jon Niese, Zach Wheeler, and Dillon Gee for this year, and Matt Harvey when he comes back next year. The Mets have also stockpiled pitching talent in the minors, so paying big bucks to an Ervin Santana or Ricky Nolasco, both of whom want upwards of $80 million, is all but out of the question. Arroyo seems like a great fit but the Mets will have to battle other teams for him.

Corey Hart: Hart is an interesting case because he is a former all-star who is entering free agency after he missed the entire 2013 season due to injury. The Mets have many needs, but the biggest is definitely corner outfield. Hart will come cheaper than usual because of the injury he had last season and that makes him very appealing to the Mets. They have said they are interested in Shin-Soo Choo but they aren't willing to offer him more than four years which basically eliminates them from getting Choo.

It is unclear what kind of contract Hart would warrant on the open market. At his best Hart was a power threat who also stole bases. He had two straight 20-20 seasons in 2007 and 2008, but now he is a one dimensional hitter. He still hits for pretty good average and over his past three healthy seasons Hart has hit 31, 26, and 30 home runs respectively. Another plus to Corey Hart is that he can play first base, which all Mets fans know has been a huge problem area over the past couple of years. It is unknown what the chances of the Mets landing Hart are but we do know they have showed preliminary interest and if healthy he would be a great addition. Another possible cost effective option could be Nelson Cruz, because he is coming off a PED suspension.

Rafael Furcal: It has been pretty clear that the Mets are not happy with what Ruben Tejada has given them at shortstop. He had an awful year in 2013 both offensively (hit .202) and defensively (committed eight errors in 55 games). Furcal is an interesting option at shortstop, much like Hart in the outfield, because he also didn't play a single game in the 2013 season. Furcal has played more than 100 games only twice in the last eight seasons, which is an obvious concern, not to mention he is 36. When healthy, though, Furcal is a career .281 hitter which would be a major upgrade.

Furcal is a former rookie of the year in 2000 with Atlanta. Back then he was a threat to steal bases, and he isn't that anymore. The Mets have showed interest in Furcal because, again, he's coming off an injury, and would presumably sign for cheap. There aren't any great shortstops on the free agent market but there are better options than Furcal, and these other options won't break the bank either. Stephen Drew, and Jhonny Peralta are the two names that come to mind. Both won't be too expensive and both are more of a sure thing than Furcal is even though Peralta is coming off a 50 game suspension for performance enhancing drugs. You could have worse backup plans than Furcal but the Mets really need to go after Drew and Peralta first given Furcal's injury history and older age (Peralta is 31, and Drew is 30.)

The offseason is just under way, and the Mets figure to be heavily involved in it, one way or another. We will keep you updated on the Mets' moves and rumors throughout the offseason.