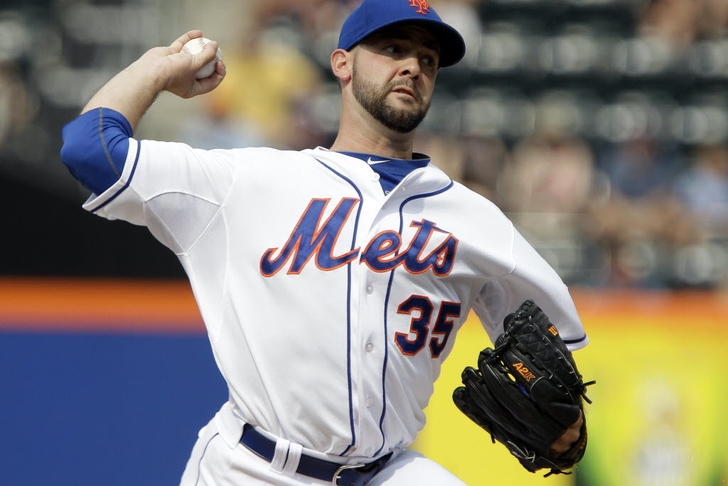 The New York Mets have yet to make any big moves this offseason, but are looking to shed some of their starting pitching for help in the infield, particularly at shortstop. Here's the latest:

New York is "agressively shopping" pitcher Dillon Gee in hopes to get more flexibility this offseason. He went 7-8 for the Mets last season with an ERA of 4.00. The Kansas City Royals and San Francisco Giants are the two teams that are reportedly most interested in the right-hander. He's set to earn around $5.1 million next season.

Colon, 41, is not likely to be traded, but the Mets could still move him, according to ESPN's Adam Rubin. The team is willing to eat $1 million of his $11 million salary this upcoming season, but trade partners are looking for younger options.

The Mets and Rangers have engaged in trade talks about New York sending pitching - which they have an abundance of - to Texas. They're looking for a shortstop in return, though they're not a fan of Elvis Andrus and his eight-year, $120 million contract. Prospect Luis Sardinas is another option the Mets are looking at, though they don't view him as anything more than an utility player.

New York could be looking elsewhere for a shortstop, as they've talked to the Rockies about Troy Tulowitzki and the Mariners about their young shortstops Brad Miller and Chris Taylor.

The Mets could also look to the international market for a shortstop. Korea’s Jung-Ho Kang is expected to become available soon, as is Japan’s Takashi Toritani. The club isn't ready to commit to one of those guys long-term, but could splurge on other international free agents, according to Mets GM Sandy Alderson.

Mets farm director Jon Miller will leave the club, though there are conflicting reports as to when. Ken Rosenthal reports that he'll leave after the season, but Andy Martino of the New York Daily News hears that Miller is already done with the club.