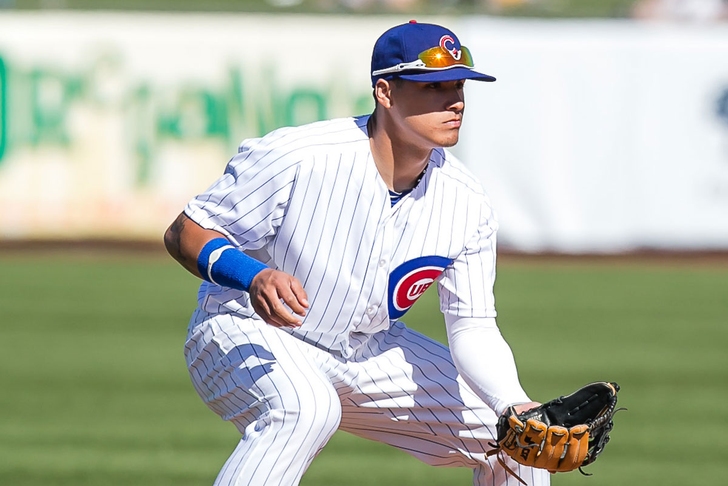 In today's look into Mets trade rumors and news, the New York Mets could look to the Chicago Cubs' wealth of shortstops in an attempt to swing a potential trade before the July 31st non-waiver deadline.

Per Alex Rubin of ESPN New York, "the acquisition of highly regarded prospect Addison Russell in the trade for Jeff Samardzija and Jason Hammel gives the Chicago Cubs a glut of young shortstops. While that ultimately may lead the Cubs to deal Starlin Castro, who is signed through 2019 at salaries that escalate to $11 million, 21-year-old Javier Baez is believed to be a more realistic target for the Mets."

Baez is hitting .240 with 14 home runs and 55 RBIs at Triple-A Iowa this season, stuck in the middle of the Cubs' organizational depth chart at the position right between All-Star Starlin Castro and super-prospect Addison Russell.

The Mets could very well take advantage of this logjam, picking up Baez while helping contribute to the Cubs' long-term rebuilding process at other positions such as pitcher.

In the process, the Mets would pick up their own potential game-changing middle infielder to facilitate improvement in both the short-term and the long-term.

Follow our New York Mets team page for the latest Mets trade rumors and be sure to check out our 5 Big Names Who Could Still Move Before The MLB Trade Deadline.