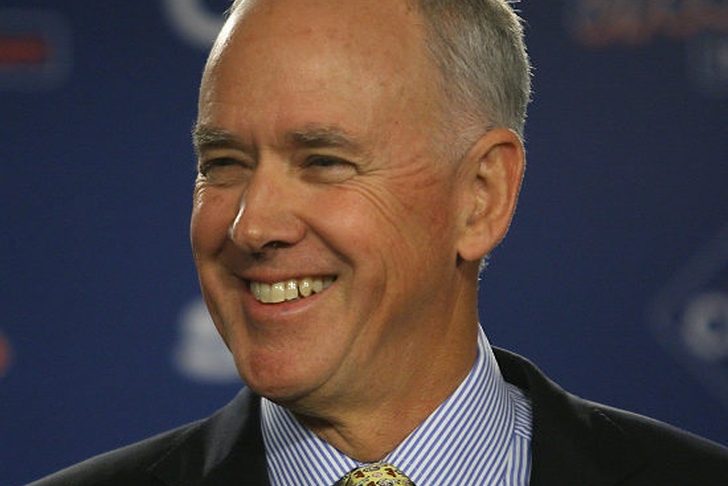 For the second time in the last 18 months, Mets general manager Sandy Alderson pulled off a trade that brought the Mets an elite prospect (in this case, two elite prospects). Just when Mets fans start to doubt the direction of the team and the competency of the front office, “the Sand man” does it again. In July of 2011, Alderson traded Carlos

Beltran, who was in the last year of his contract, to the Giants for top pitching prospect Zack Wheeler, who is expected to make his major league debut in 2013 and be at the front of the Mets rotation for years to come. This time, Alderson traded reigning Cy Young Award winner R.A. Dickey for, among others, catching prospect Travis d’Arnaud and pitching prospect Noah Syndergaard. d’Arnaud and Syndergaard were widely considered to be the Blue Jays top two minor league prospects, and they will immediately become two of the Mets top three prospects, along with Wheeler.

The biggest hole on the Mets roster and in their farm system is at the catcher position. The addition of d’Arnaud will immediately fill that hole. d’Arnaud is the near consensus pick as the top catching prospect in all of baseball, and is also considered one of the top position player prospects anywhere. He is expected to provide above average offensive production for the catcher position, which will go great coupled with his above average defensive tools behind the plate. The Mets may not put d’Arnaud on their opening day roster next season, but at some point in the 2013 season he will become the team’s primary catcher. For the foreseeable future, and even for the less than foreseeable future, d’Arnaud will be the Mets catcher, and perhaps one day he’ll be the Mets all-star catcher. With this trade, Alderson has found a long-term solution for not only a position of need for the Mets, but for a position where it has been increasingly difficult for anybody to find young talent players, which is exactly what d’Arnaud gives the Mets.

Trading Dickey straight up for d’Arnaud would have been considered a win for the Mets, but the inclusion of Syndergaard is what makes the trade a major accomplishment for Alderson. Syndergaard is not as close to contributing at the major league level as d’Arnaud, but he was Toronto’s top pitching prospect and he immediately becomes the Mets second best pitching prospect behind Wheeler. He likely won’t make his major league debut until the latter half of the 2014 season, at the earliest, but the hope is that by the start of the 2015 season Syndergaard will be ready bolster an already strong rotation that will feature the likes of Wheeler, Matt Harvey, and Jon Niese. If all goes according to plan, then a few years down the road Syndergaard will put the finishing touches on a rotation that is young, powerful, and throwing a barrage of pitches past bats and into the glove of d’Arnaud.

By pulling off this trade with Toronto, Alderson did exactly what general managers are supposed to do: maximize a player’s value. As a reigning Cy Young winner, Dickey’s value will never be higher, and with the Mets unlikely to compete for championships in the near future, Dickey is far more valuable to the Blue Jays than he is to the Mets right now. Not only was Alderson able to bring back two elite prospects in exchange for Dickey, but he also did so without giving up players that will be future cornerstones of the franchise such as Wheeler, Harvey, and Niese. One day, those three will be able to team up with the newly acquired d’Arnaud and Syndergaard to form a Mets team will be able to compete for a championship. That is why Mets fans may rejoice following the trade of the franchise’s third ever Cy Young Award winner. The present may be bleak, but the future looks very bright, now more than ever.