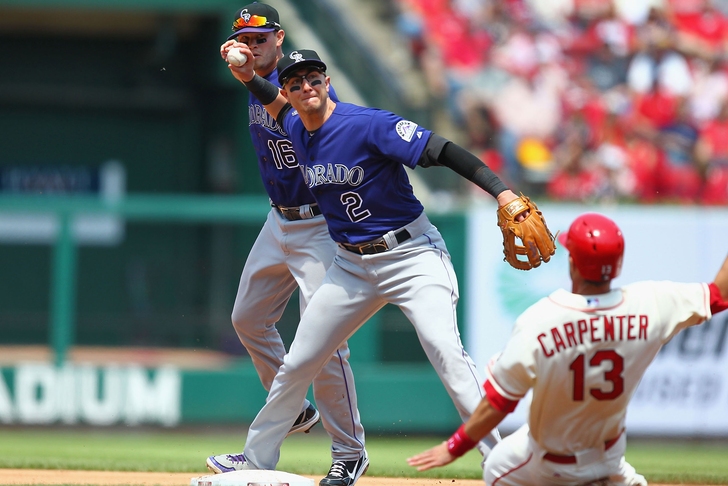 In today's Mets trade rumors and news update, trade speculation is currently swirling around Colorado Rockies All-Star shortstop Troy Tulowitzki, with the Mets and their cache of pitching depth thrusting them to the front of MLB analysts' minds when it comes to a potential deal.

According to Andy Martino of the New York Daily News, "the Mets have long been intrigued by Tulowitzki (as first noted last year by the News’ John Harper) because, well, he’s really freaking good at baseball. And they would at least consider trading just about anyone for him. As of today, though, the team is highly, highly reluctant to part with Noah Syndergaard for Tulowitzki or anyone else, sources say."

This runs counter to an earlier report from Yahoo! Sports' Jeff Passan indicating that the Mets would be willing to offer up their prized right-handed pitching prospect for six years of team control (seven with a team option in 2021) over one of the best shortstops (and players) in the game today.

Either way, it promises to be an intriguing winter for the New York Mets. With the wealth of depth that the team has in their farm system, they could have all the chips necessary to pull off a blockbuster trade or two before the 2015 MLB season.