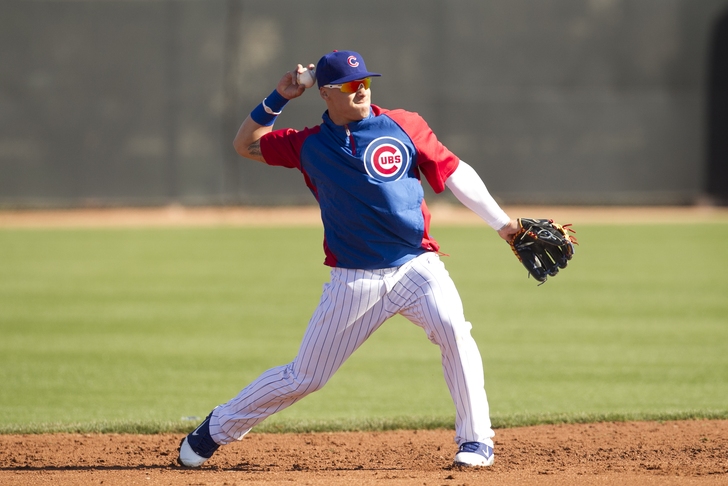 In today's Mets trade rumors update, several MLB analysts are starting to jump on to the Javier Baez-to-the-Mets bandwagon after the Chicago Cubs basically made All-Star shortstop Starlin Castro off-limits this past week.

According to Bleacher Report's Steven Korn, the Chicago Cubs and New York Mets could be perfect partners when it comes to the needs each team wants to address going forward:

The Mets need to jump on this opportunity before any other team swoops in. Not only is Baez a perfect fit for them, but the Amazin’ Mets are the exact team the Cubs should want to deal with. With a glut of strong young arms in the minor leagues, the Mets have the goods to make a deal like this work.

Considering the Cubs’ surplus of shortstops, one would have to believe that now is the perfect time to trade for Baez and possibly even get him at a lower price than before. If I were the Mets, I would see if the Cubs were interested in a combination of Rafael Montero, Kevin Plawecki, Wilmer Flores and Steven Matz in exchange for Javier Baez.

Baez finds himself in the middle of a positional logjam, stuck at Triple-A for the time being with Castro ahead of him in the Majors and super-prospect Addison Russell breathing down his neck further down the organizational ladder.

There are rumors circulating that the Cubs could move Castro to third base going forward but most analysts assume that's in preparation for Russell's eventual promotion down the road.

Either way, Baez could be the odd man out in Chicago - a situation that could benefit the Mets in the long-term if they can put together a worthwhile trade package to land him before July 31st.