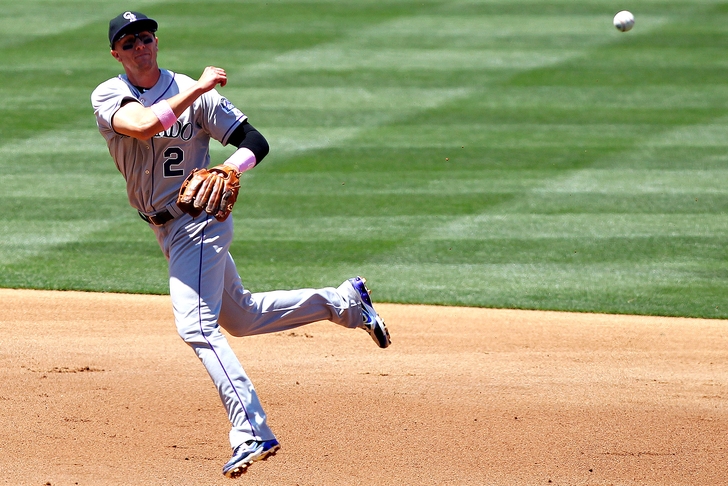 The New York Mets have been linked in trade speculation to Colorado Rockies star shortstop, and New York Post writer Joel Sherman believes the time is now to make rumor into reality.

"Colorado has hinted at Tulowitzki being on the market, but those who have checked in are not sure," Sherman wrote in an article posted on Saturday night. "That is why the Mets must be proactive and make an offer the Rockies cannot refuse."

Such a move would not come without risk. Tulowitzki, 30, still has five years and $106 million left on his current mega-deal and still rehabbing from one of the worst injuries an athlete can sustain - a torn hip labrum.

However, even though the Mets would still likely have to part with some prized prospects to acquire him, Sherman argues that Tulowitzki wouldn't even be available let alone available at a reasonably-manageable price if not for his age and current injury.

"Nevertheless, this is the moment in time when the Mets need to gamble," Sherman argues. "They have set themselves up well with this stockpile of quality pitching. But they need a real shortstop and another bat. Both are hard to find. Tulowitzki is both if right. A difference maker. The kind of guy who puts David Wright in his more comfortable co-star role or covers up if Wright’s fade is irreversible."