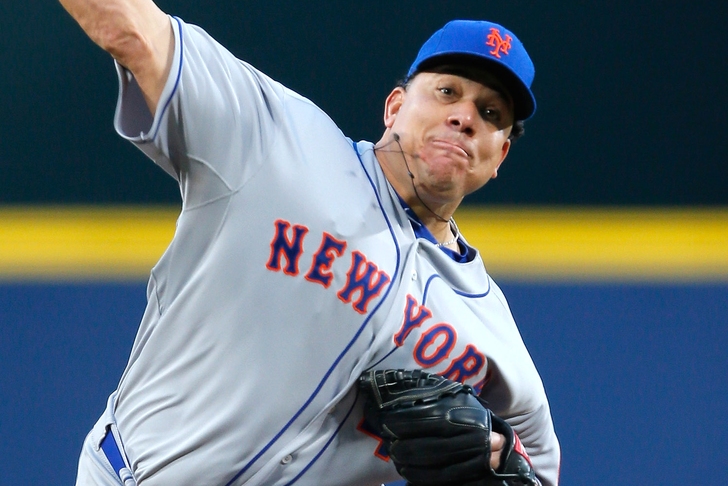 The New York Mets currently sport a payroll right around $100 million, and GM Sandy Alderson said on Monday that he expects that number to either remain flat or go down before Opening Day in 2015.

Does that mean that any potential trades that would send Jon Niese, Dillon Gee, or Bartolo Colon out of town would have to return salaries less than what they give up?

However, Alderson does expect to at least address potential trade scenarios while at the MLB winter meetings.

Of the three aforementioned veteran starting pitchers that the Mets have been reported to be shopping, it appears Bartolo Colon is the least likely to be dealt.

"We like Bartolo," Alderson said. "We like him for the money he's signed this season. Frankly, we're not looking to trade him."