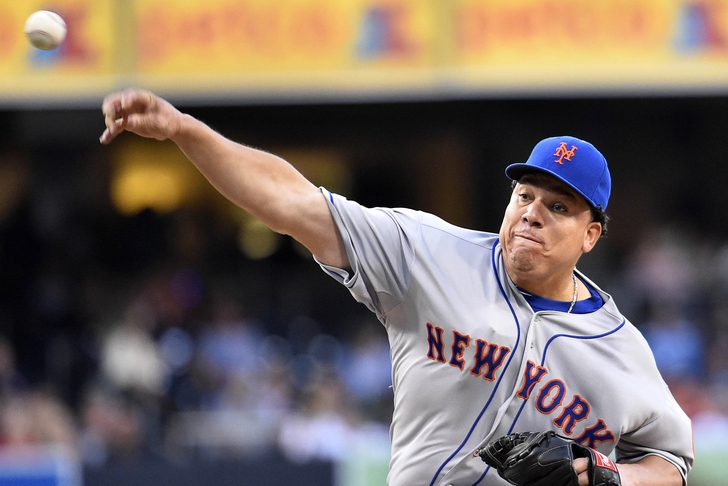 In today's Mets rumors and news bulletin, it is looking more and more likely that New York Mets starting pitcher Bartolo Colon will be plying his trade elsewhere at some point this year, if not before the July 31st non-waiver trade deadline.

According to Andy Martino of the New York Daily News, "Bartolo Colon could easily be pitching for another team next week, if another team will take him and most of his salary. And at this point, we would consider it an upset if were a Met beyond the winter meetings; every indication leads us to believe that the question is far more “when” than “if.”'

While the 41-year-old Colon's days as a Met look to be numbered, another Mets player rumored to be on the trading block may be safe where he is for the foreseeable future.

Per Martino, "Daniel Murphy, who could help several contenders in need of a second baseman, will almost certainly remain with the Mets."

Murphy made his first All-Star appearance earlier this month and is currently posting a .287/.334/.405 line with seven home runs and 37 RBIs in an NL-best 407 at-bats.