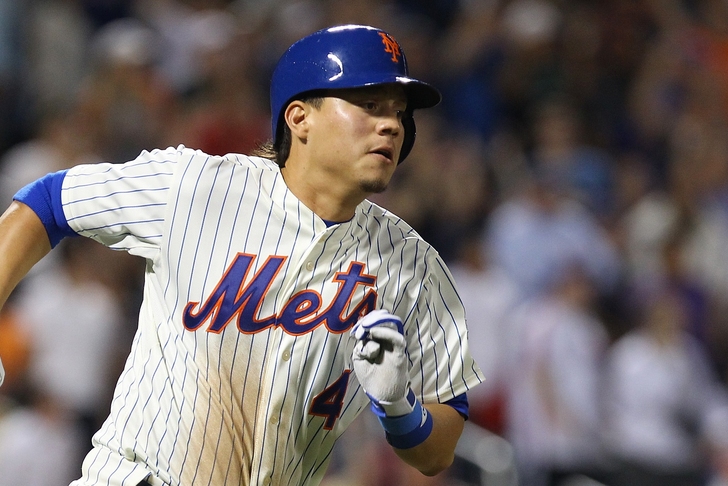 It appears that New York Mets shortstop Ruben Tejada has a good chance of being benched in favor of Wilmer Flores when Opening Day of the 2015 MLB season rolls around.

Sandy Alderson says "likelihood" at this point is that Wilmer Flores is Opening Day shortstop.

The 23-year-old Flores doesn't get on base as much nor does he have the glove that Tejada has flashed at points during his time in New York. However, Flores has more power potential in his bat, posting a slugging percentage 68 points higher than that of Tejada during the 2014 regular season.

As Bill Baer of NBC's Hardball Talk posits, "the Mets could also upgrade at shortstop via free agency or a trade, but for now, Flores should see some regular playing time." Flores was considered a top-100 prospect in all of professional baseball from 2009-11, as well as before the 2014 season per Baseball Prospectus.