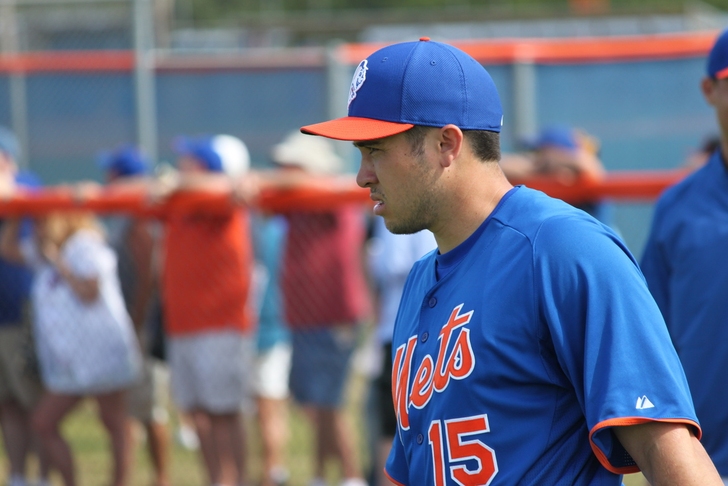 In Mets news tonight, New York Mets catcher Travis d'Arnaud is closing in on his return from a concussion he sustained during a May 13th contest against the New York Yankees.

D'Arnaud was clipped in the head by a swing from the Yankees' Alfonso Soriano, leaving him in a haze of dizziness and headaches which kept him home-bound for several days.

According to Michael J. Fensom of the Star-Ledger, "d'Arnaud cycled through a series a exercises with Mets trainers at Citi Field" before Saturday's game with the Arizona Diamondbacks. He smothered baseballs tossed in front of him and ran the bases for the first time since his injury.

“This is kind of like the final stages of what he’s going to do,” Collins stated, giving Mets fans hope that d'Arnaud will be back in the lineup sooner rather than later.