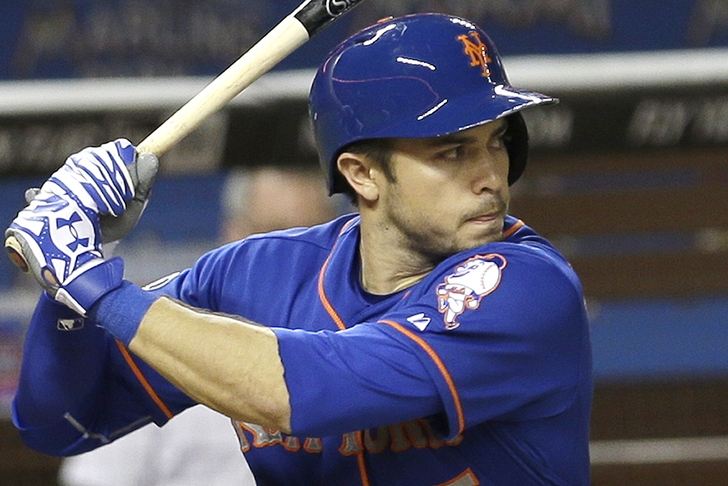 The New York Mets will be without catcher Travis d'Arnaud for at least three weeks while he wears a splint to heal his broken right pinky finger.

"I can't stress enough though how invaluable Travis has been over the first two weeks of the season, both behind the plate and as a hitter," said GM Sandy Alderson. "Some of the throwing that he has done, blocking pitches, everything has improved defensively, and he's been outstanding offensively as well."

d'Arnoud was the hottest bat the Mets had at the start of the season, hitting .317 with a team-leading 10 RBI. He was also playing well behind the plate as he had not allowed a pass ball all season and had thrown out three of seven base runners who tried to steal on him.