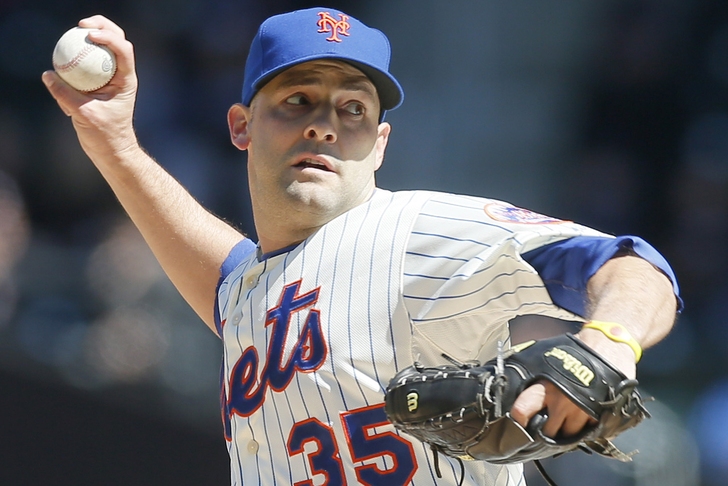 Just a month or so ago, there were plenty of potential trade suitors for the services of New York Mets righty Dillon Gee. Now, with Spring Training just a couple weeks away, teams like the Rockies, Rangers, Mariners, and Twins have all already found starting pitching help.

So, who's left for a Mets team sporting a six-man starting rotation? Here's Rising Apple's Danny Abriano with a couple of potential options:

One team that might still be interested in Gee is the Padres, who are actively seeking rotation help. According to Ken Rosenthal of Fox Sports, the Padres have interest in Cole Hamels. However, Phillies GM Ruben Amaro, Jr. recently implied that the team would likely hold onto Hamels until midseason.

Aside from the Padres, the Giants – who recently re-signed Ryan Vogelsong – could have interest in Gee. However, their need doesn’t appear to be a major one. The Astros are another team to keep an eye on as it pertains to Gee.

It's a strange turn of events for Gee, who was expected by many to be dealt during the Winter Meetings. We'll keep you posted.