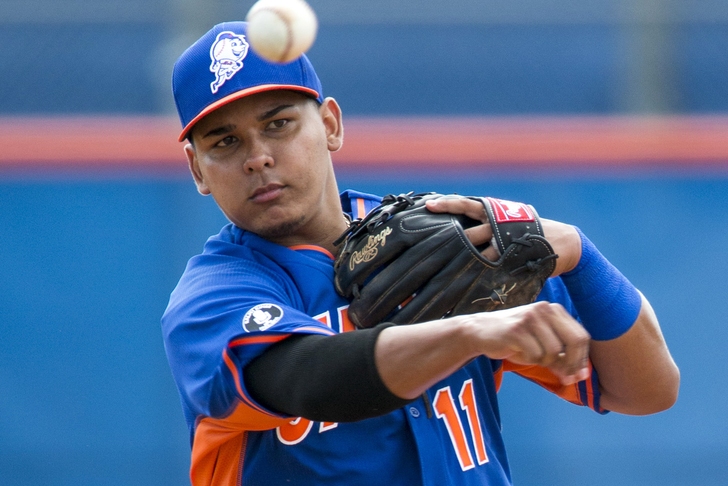 Former New York Mets shortstop and current Toronto Blue Jays regular Jose Reyes isn't sure what exactly is going on with Mets shortstop Ruben Tejada. However, he's pretty sure "something's wrong" as Tejada struggles to secure a starting role with the Mets.

“Every time I talk to him, I try to give him some advice,” Reyes said, via Newsday's Anthony Rieber.“What can I do? I try to push him to do stuff. I don’t know if he gets it or not . . . You have to work, man. When you’re younger, you think you have everything there for you. But if you do something wrong, it’s going to go away. Quick."

Reyes said he played a mentorship role for Tejada during their time together in New York.

“When I was there, I always give a lot of advice to him . . . My last year there, every time I talk to him: ‘This is going to be your position for a long time. Don’t let it go away.’ See what happened now? It’s 2015 and he doesn’t have a position to play.”

Mets manager Terry Collins continues to defend Tejada despite rampant criticism, yet he took no issue with Reyes' comments.

“I think the world of Jose Reyes. Apparently, he may know something I don’t," Collins said.

23-year-old Wilmer Flores is expected to be the Mets' Opening Day starting shortstop with Tejada relegated to the bench.