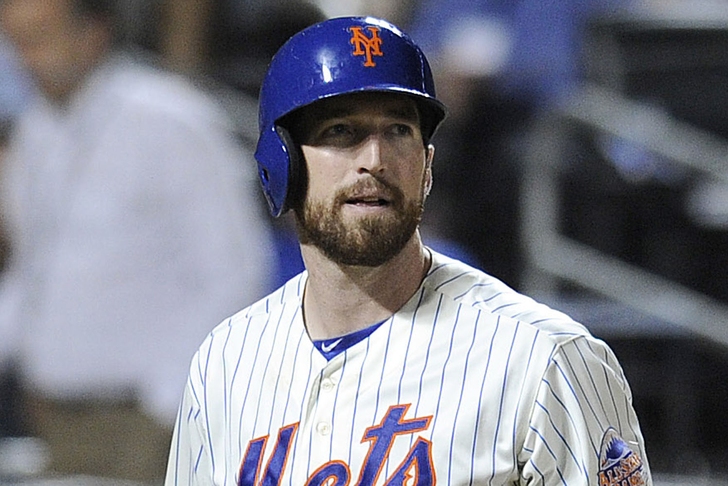 Mets news received a jolt of dramatic proportions on Saturday, with pinch hitter Ike Davis crushing a walkoff grand slam in the bottom of the ninth for a dramatic 6-3 victory over the Cincinnati Reds.

However, perhaps the biggest story of all is that, as recent as last year, the New York Mets may not have been in position to win Saturday's game. According to Filip Bondy of the New York Daily News, baseball's new expanded replay system may be the only reason the Mets came out victorious --

"Right there at second base, in the ninth inning, the game diverged dramatically from its established narrative course, from the way it might have ended in 2013, rather than the way it finished in 2014. Juan Lagares was ruled safe, instead of out, and then Ike Davis became a grand-slam, walk-off, pie-in-the-face hero, instead of just another demoted pinch-hitter who might have been walked intentionally to fill an empty base."

The play in question was an Anthony Recker bunt with Juan Lagares on first and nobody out in the ninth. First baseman Joey Votto tossed a dart to Zack Cozart at second base, prompting second base umpire prompting James Hoye to call Lagares out on a bang-bang play.

New York Mets manager Terry Collins immediately emerged from the dugout to utilize his one challenge: taking advantage of a system brand-new for the 2014 MLB season.

After just over two minutes of deliberation, crew chief John Hirschbeck overturned Hoye's original call, granting Cozart second base, and Lagares first. From there, the momentum shifted, and the recently-demoted Davis made his case for re-inclusion in the Mets starting lineup.

In his article for the Daily News, Bondy was blunt about what would have happened if Major League Baseball's expanded replay system wasn't in place: That probably doesn’t end well."

"Or, as Recker put it, “That would have sucked. Let’s be blunt.”

Your Mets news whenever and wherever you want it. Download our new Chat Sports IPhone app, and follow our Mets team page today.