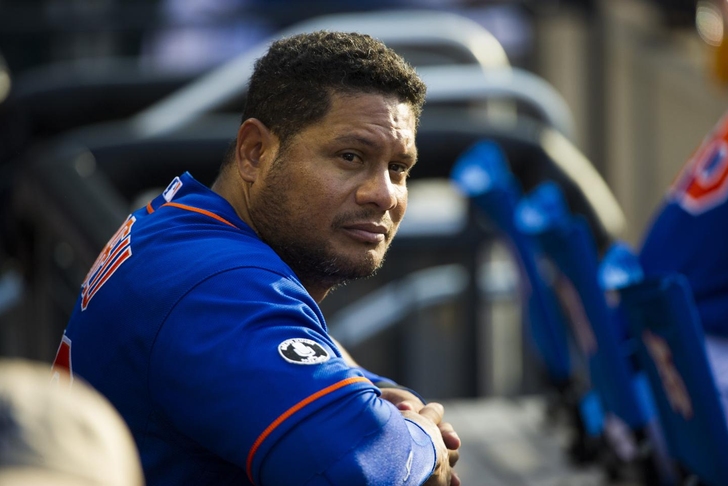 In today's Mets news update, the New York Mets may have helped Bobby Abreu find the fountain of youth - as the veteran has found himself expanding is role from pinch-hitter and spot outfielder to regular starter.

According to Tim Healey of MLB.com, "Abreu has played his way into a much larger role, especially this week with fellow corner outfielder Curtis Granderson nursing a tight left calf. He found himself batting cleanup in the Mets' lineup Saturday afternoon against the Padres, Abreu's fourth straight start and second consecutive appearance in the four-hole. It's the first time he's started four games in a row since May 2012."

Manager Terry Collins doesn't really have any other option but to start Abreu, especially with his .328/.403/.508 line against righties. As Collins indicated on Friday, Abreu's play has basically forced Collins' hand - ensuring Abreu a regular starting spot for the time being.

"That's the thing I hope our young players watch."