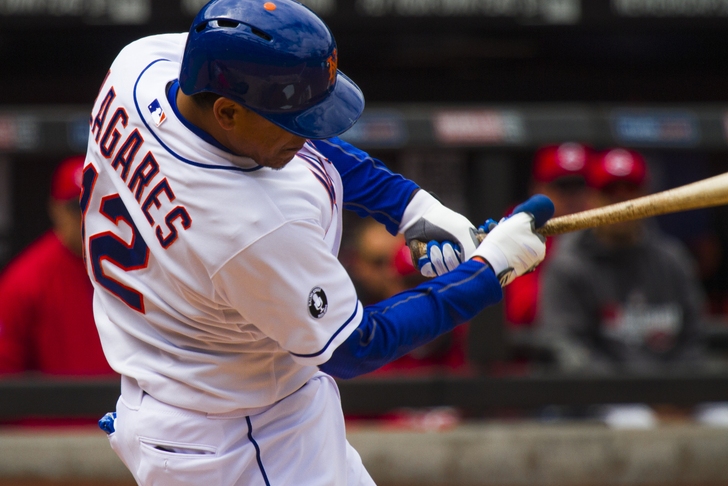 In today's Mets news update, the New York Mets are close to getting a big piece back in their starting lineup as center fielder Juan Lagares began his Gulf Coast League rehab assignment on Friday.

Per Adam Rubin of ESPN New York, "Lagares went hitless in four at-bats and manned seven innings in center field for the Gulf Coast League Mets on Friday in Port St. Lucie. It marked Lagares' first game action since landing on the disabled list on June 2 with a strained intercostal muscle on his right side."

Lagares is still testing his rib cage to ensure that he can return to the ball club pain-free. If he can get through his rehab work without experiencing extreme discomfort while swinging the bat or playing in the field, he could find himself back with the New York Mets as soon as next week.

Per Michael J. Fensom of the Star-Ledger, catcher Travis d'Arnaud has been tearing the cover off the ball since being demoted to Triple-A. In 11 contests, d'Arnaud is hitting .432 with six home runs and 15 RBIs.

Manager Terry Collins indicates that he will most likely not return to the team until after the Mets leave Miami. However, a return could be imminent.