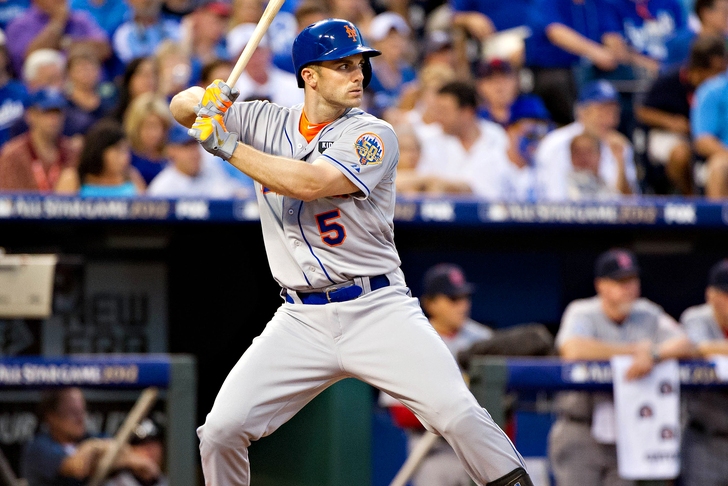 Sometimes the Mets news cycle can get caught up in things that are relatively insignificant. This next David Wright story is not one of those times.

Per Denis Hamill of the New York Daily News, "David Wright honors his police officer father by honoring heroic NYPD cops at Citi Field" - something he will be doing every month of the 2014 MLB season.

“My dad is my hero,” says Wright. “He raised four kids on a cop’s salary but never told us the details of his job, about crashing down doors of drug houses and arresting bad guys with guns. If he had, I probably would have had a lot of sleepless nights.”

As a thank you to his father, Rhon, David Wright will be honoring exceptional members of the NYPD force before one game of each moth during the year.

In April, according to Hamill, "the Mets third baseman honored two rookie officers, James Li and Randy Chow, who were shot at by a farebeater on a Brooklyn bus in February. Li was wounded in both legs. A pair of off-duty FDNY emergency medical technicians, Khadijah Hall and Shaun Alexander, rushed to treat Li."

The cops and the EMTs were treated to a day at Citi Field, met with Wright before the game, and were given field level VIP seats to watch the game after they were honored on the big screen in front of the Mets crowd.