4 Reasons Why The NY Mets Can Win The World Series 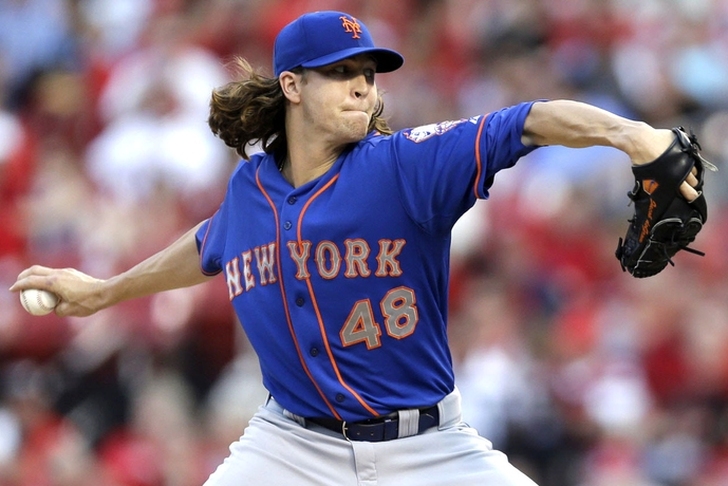 The New York Mets head back to Flushing with a chance to finish off their NLDS matchup with the Los Angeles Dodgers at home with two wins at Citi Field. We like their odds. Here's 4 Reasons Why The NY Mets Can Win The World Series.

Jacob deGrom was electric in New York's Game 1 NLDS win over the Los Angeles Dodgers, striking out 13 in seven scoreless innings. Noah Syndergaard deserved more than he got when the bullpen (and the umpires) blew a lead late in Game 2. Toss Matt Harvey into the mix, and there really is no better 1-3 starting rotation-wise in all of Major League Baseball.

What a difference a trade deadline makes. The Mets' offense was an absolute dumpster fire prior to the end of July. Now, with the additions of Yoenis Cespedes, Juan Uribe and Kelly Johnson, New York manager Terry Collins has actual options to work with and an offense that packs a potent punch. It's been a remarkable turnaround -- a turnaround that will only gain momentum as October wears on.

We're big MARKS for Terry Collins. Always dismissed and counted out by his detractors, Collins stays steady and keeps his players' blood pressure down by focusing on the basics. His managerial style has been perfect for a young Mets team that has battled through fits of depleted confidence as the year has worn on. It'll also be perfect for pushing this group to new heights this postseason.

The New York Mets faithful are back in full force at Citi Field, providing an atmosphere at Mets games that we haven't seen since the days of Shea Stadium. The Kansas City Royals' fan base will likely grab all the headlines again this postseason, but there's not a hungrier and more intense group of hardcore devotees out there than those who root for the boys from Flushing. You want a true playoff atmosphere?