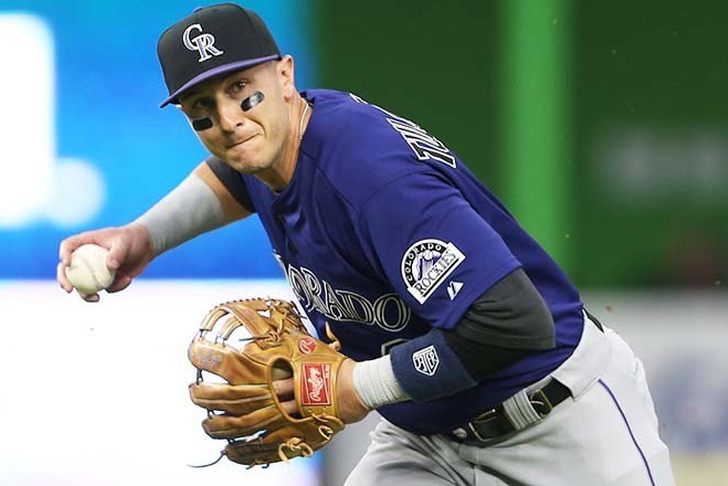 We're less than three weeks away from the 2015 MLB trade deadline, which means there are plenty of rumors swirling around the New York Mets and what they might do on the trade market. Here are three trades they could make by the deadline:

The Mets have a lot of ptiching, and are looking to deal some of that to add some power to their lineup. Colorado's Troy Tulowitzki is the most logicial option for New York because of the help they need at third base with questions about David Wright's health for the rest of the year, but it's unclear if the two sides have discussed a deal yet.

Trade prospects to Brewers for 3B Aramis Ramirez

The Brewers and Mets have already had talks about swapping these two players, but the deal seems dependent upon whether Ramirez will retire after the season or not. He currently plans to, according to Fox Sports' Jon Morosi, but is trying to be persuaded out of it. With New York's need for help at third base, and Ramirez is a proven veteran who could add power to the lineup.

If Ramirez stays intent on retiring, the two clubs have also discussed a deal centered around Segura. The 25-year-old is under contract for three more years, which the Mets find appealing. New York is looking for infield defensive help, and they think Segura could develop into a top-tier shortstop.